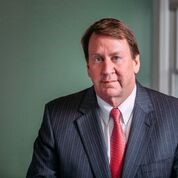 R. Michael Stroman has over 42 years of experience in the insurance industry. Currently serving as an industry consultant, he assists insurance purchasers, insurance companies and agents, and their attorneys, accountants, and other industry advisors, with agency management, claims consulting, underwriting practices, standard of care, and other technical assistance.

Beginning his insurance industry career as an underwriter for an insurance carrier, Mr. Stroman then served as an officer and executive responsible for production, marketing, acquisitions, and administrative functions for an agency providing services from Wholesale Brokerage to Benefits Sales generating approximately $41 million in premium volume for 18 standard markets and more than 100 excess and surplus lines markets, and employing 48 people. In 1996, Mr. Stroman founded Millennium Insurance Agency, Inc., serving as its President, and growing the firm to a $1.3 million revenue stream before selling the agency to Dean & Draper Insurance Agency, LP in 2004.

He has been an active participant in the Texas and Independent Insurance Agents of Houston since 1985, serving as president, on the Board of Directors, and as chairman or co-chair of numerous committees. He also is active at St Luke’s United Methodist Church, having served as Chairman of the Executive Committee and Board of Stewards in recent years. Mr. Stroman earned a Bachelor of Arts in Managerial Studies from Rice University, and is very involved with his family and his four (soon to be five) grandchildren.

1982 to 1983 – American General Fire and Casualty Co., Assistant to the President, Marketing Representative